This month, Siemer Milling is celebrating 140 years of operation! To celebrate, we thought it would be fun to take a look back at how Siemer Milling was founded and what the milling industry was like back in the 1800s.

Siemer Milling Company began as "Hope Mills of Uptmor & Siemer Proprietors" on November 6th, 1882. The partners in the business were Clemens, a prominent merchant who worked closely with his son, Clemens Jr., and his son-in law Joseph Siemer who handled operations at the mill. Hope Mills operated in Central Illinois between Indianapolis and St. Louis. Daily production was powered by a steam-driven mill and added up to around 150 barrels of flour daily. The mill was a local source of flour for people in the surrounding areas, but some flour was even shipped abroad to cities such as Liverpool, England, Antwerp, Belgium, and Durban, South Africa. After the passing of Clemens Uptmor in 1893 and Clemens Jr. in 1906, Joseph became the sole owner and changed the name of the business to Siemer Milling Company. Since 1906, Siemer Milling Company has stayed in the Siemer family with the current president, Rick Siemer still serving today. We are proud to say that we are a Family and Employee Owned Company whose employees own over 30% of the business through our ESOP (Employee Stock Ownership Plan). 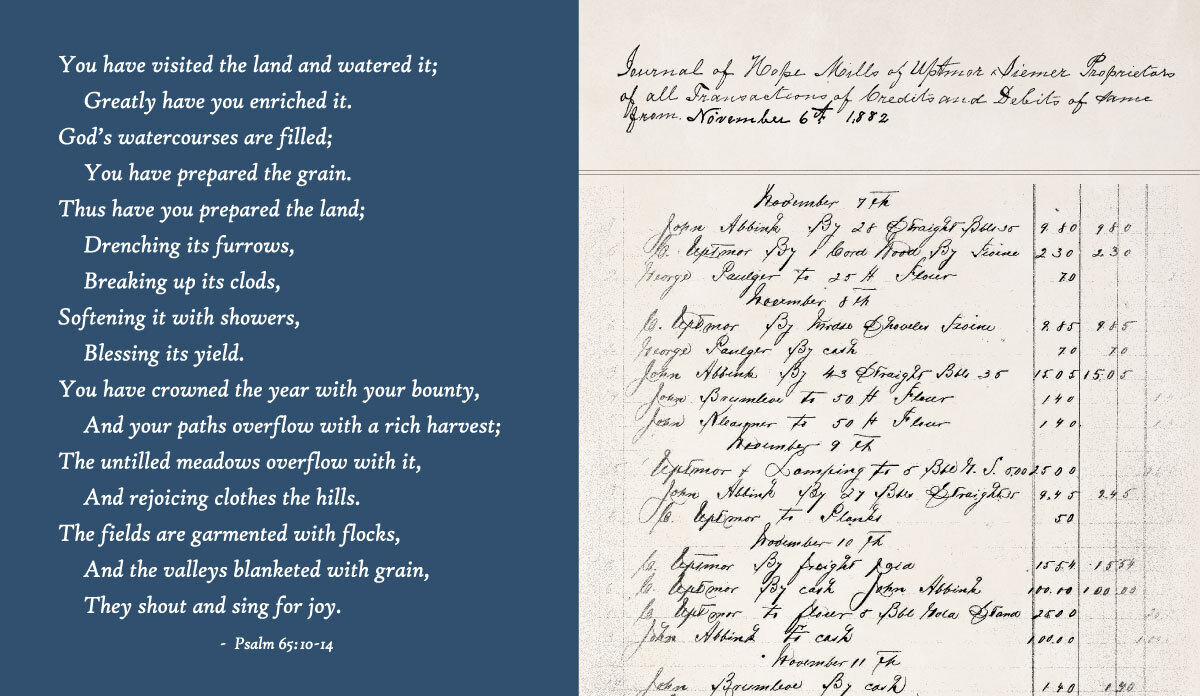 140 years ago, milling truly entered industrialization as new technology emerged. The milling process was changed with the introduction of steel roller mills, which came into utilization around 1830. Originally made of porcelain and then subsequently steel, these roller mills proved to maximize grinding and processing times. They also made it possible to mill harder wheats such as those grown in the American Midwest. Steel roller mills, along with steam engine technology completely replaced stone grinding and water mills that were previously in place. By 1880, stone and water mills weren’t even being constructed anymore. You would also find a lot more flour mills 140 years ago, although they were much smaller than what you would find today. In the late 19th century, there were as many as 15,000 mills in the United States. Today, there are only about 165 commercial flour mills.

Through 140 harvests we have worked. We have been blessed, challenged, and helped along the way. We extend our deepest thanks to all of our customers, suppliers, families, and friends for their contributions to our shared success.

View all posts by: wp_admin